Shooting Timelapse: A Cascade of Cameras 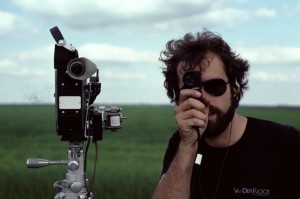 Taking a light reading during time-lapse shooting in Iowa.

This is a short personal history of shooting timelapse and how the advance of technology impacted my work process over the years.

I was 15 years old when I first experienced timelapse footage. My family attended Expo 67 in Montreal – a world’s fair that showcased the latest in modern technology. The Canadian pavilion featured films from the National Film Board. I was particularly awed by the work of Norman MacLaren. He used a process called ‘pixilation,’ where he shot all the action in single frames and created movement of actors and objects in the film, as if they were Claymation figures. It had a jerky, otherworldly feel. I had to try it.

Once I got home from Montreal, I bought a cable release for my Kodak M6 Super-8 camera, so I could shoot single frames – timelapse. Technologically speaking, these were relatively ancient times. I would shoot a cartridge of Super-8 film, mail it to Kodak for processing, and a week later a 3-minute reel would arrive in the mail ready to project. The time delay in seeing the results of work made for a plodding way to learn.

My first efforts at timelapse were unwatchable. There were two immediate lessons – lock down the camera and do the math. I began to use a tripod, and I also began to plan my sequences. I learned to plan the length of a sequence and from there I could figure out how many frames I needed and at what interval I needed to shoot. I also developed an internal rhythm so I could click the shutter release at regular intervals. My timelapse improved, but the bane of my timelapse sequences was the crude auto exposure system in that primitive Kodak camera. It would react to the slightest change in light levels, which made for uneven exposure in the final sequence.

When I got to high school, I saved up and bought a GAF Super 8 camera. (This was the age of the conglomerates. GAF was a company that made Super 8 cameras as well as asphalt shingles.) The main advantage to this camera was a much better lens and the ability to set manual exposure. This helped tremendously with sunsets, as I could let the light fade out the shot to black.

As biology major in college I only had rare opportunities to access the University’s 16mm camera equipment, so I planned my shoots carefully. However, none of the cameras were able to shoot single frames. The Auricons and Bell and Howells had enough trouble staying at a constant 24 fps.

As I moved into my professional career, I began to acquire cameras. My first major purchase was a CP-16R, a great camera, which alas did not shoot single frames. That camera was my constant companion for all sorts of projects, from documentaries to industrials to local commercials.

One day in the early 1980’s, as I browsed the used equipment section of a local camera store, I saw what looked like a brand new Bolex H16, complete with two lenses, the original box and the manual. It was listed for $ 300. When I inquired, the clerk told me a story that went something like this:

A local doctor bought the camera for his European vacation, but he found it too complicated. He placed it with the store on consignment. The camera had been sitting there for almost two years. The doctor had now died and his widow just wanted to get rid of it. The store would take half of the listed price. If I wanted it. I could have camera and lenses for $ 150.

I bought it. Now I had a 16mm camera that, with an addition of a cable release, could shoot single frames, in 16mm!

During that time my work was a mix of television documentaries and broadcast commercials. I used timelapse primarily in the documentaries as a way to add emphasis or for use as a transitional element. Time-lapse shooting became an optional add-on to our normal shooting day. My crew and I would usually shoot a whole day and then find a great location for late day shadows or sunsets.   We’d set up the Bolex and begin the rhythmic ‘clicking’ – one-two-three-click, one-two-three-ciick, etc. When my wrist would begin to tire, I’d switch to the other hand, and then I’d trade off to one of my colleagues, making sure we didn’t miss a beat. This was a fun way to end a long shoot day and even enjoy a beer amid great scenery. But the manual cable release was limiting. One person always had to click the cable release at a consistent rhythm, or we would lose the shot.

Then I found a solution. While perusing the small classified ads in the back of Filmmakers Newsletter, I saw an ad for a guy who made an electric timelapse motor for the Bolex! It was a very DIY-looking device that basically used a turntable motor to drive a series of gears and levers that pushed an armature that tripped the shutter release on the Bolex. It resembled the insides of an old-time music box.   It was ungainly and heavy, but it worked.

There was only one downside. It required 110 AC current. This limited our timelapse shooting to indoor shots, or those from strategically located balconies. But soon we purchased a small portable generator that we took with us on the road. We built a plywood shipping case so it was part of our gear when we traveled the world shooting THE WORLD OF AUDBON environmental series for TBS.

We’d get to a location; find our vantage point and set the shot and crank up the generator. This allowed us to shoot timelapse footage, while at the same time, a freeing us to shoot other parts of the project. 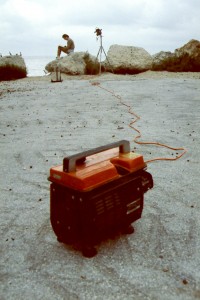 The downside of this, aside from the weight and the noise of the generator, was the fact that the Bolex was a spring wound camera, so any timelapse shot was limited by the energy in the spring – about 30 to 40 feet of film, about one minute. Then the camera had to be rewound, In order to do that, you had to disconnect the timelapse motor; wind up the camera, then reconnect the motor and armature. This inevitably moved the camera, so it was impossible to shoot an extended shot from the same exact position.

Despite these challenges, we took that Bolex and gas generator to some interesting places. On one occasion, we landed a helicopter on a tall rock spire in Monument Valley. We set up the camera and the generator, and left it to capture timelapse, as we shot aerials. Other locations included Mono Lake in the Mohave Desert, the Great Smokey Mountains, and Germany’s Black Forest, to name just a few.

At this time, I was also shooting a lot of broadcast commercials in 35mm, and I had purchased an Arri 35 III. It was a great camera that could run from 6 fps to 120 fps, but it couldn’t shoot time-lapse. So it was with great joy that I spotted a small ad in the back of American Cinematographer and learned about the Norris intervalometer that worked on the Arri 35 III. Now we could shoot timelapse in 35mm.

The one snag with the Norris was that you had to make sure you initially set it with the shutter open and checked the gate to be sure that as it shot each frame the shutter would close completely. We learned this the hard way. The first few attempts resulted in flash frames or partially exposed frames. Aside from that, it proved to be a glorious piece of technology. You could set frame rate and shutter opening with a combination of dipswitches, and it ran off the standard 12v camera battery – a12-pound block. Despite the weight of the camera and the battery, this was a step up from the Bolex.

I took the Arri all over the country shooting commercials and other projects. If we were headed to a special location, near a national park or other beautiful spot, I’d try to arrange the production schedule to allow some extra hours to shoot timelapse.

On the documentary side, my trusty CP-16 was growing long in the tooth. I replaced it with a great documentary camera, the Super-16mm Aaton XTRplus. And I later upgraded to the Aaton XTRProd with built-in time code. This allowed the camera and audio recorder to synch without having to use a slate. I also purchased an accessory unit for timelapse. This — – screwed onto the camera handle and had dip switches and an LCD read-out.

This was time-lapse nirvana! The Aaton was lightweight and portable and it created a high quality Super-16mm image. Now I could shoot timelapse almost anywhere. Of course, if I wanted to shoot a scene where the light would seriously change, I still had to stand by the camera with my spot meter and slowly adjust the aperture. 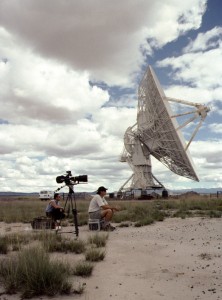 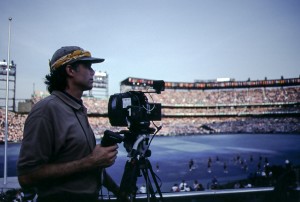 Fast forward to today. The film cameras are retired, and I shoot with a Sony PMW-300 and a PMW-F3. All are capable of great timelapse, with built-in interval recording menus that allow complete flexibility. They even have auto exposure on certain lenses, but I still like using my vintage Zeiss super speeds. On these shots, I still stand by the camera and adjust the aperture as the sunsets in the West, much like I did with the Bolex.

While the technology has changed, the central element of time-lapse remains. It’s always a surprise. While I no longer have to wait on the yellow Kodak envelope to arrive in the mail, shooting timelapse still holds a thrill every time I play back a sequence I just shot. There is the surprise, because you can never be absolutely sure of how things will turn out. Clouds moved faster or slower than expected, shadows do amazing things, and everything moves throughout the frame in ways you never expected.

And then there is the sheer joy of manipulating time

Regardless of the technology I’ve used to shoot it, time-lapse for me is something close to magic.