FLYING THE SECRET SKY: The Story of the RAF Ferry Command

By William VanDerKloot on Thursday, July 30th, 2015 in Projects. No Comments 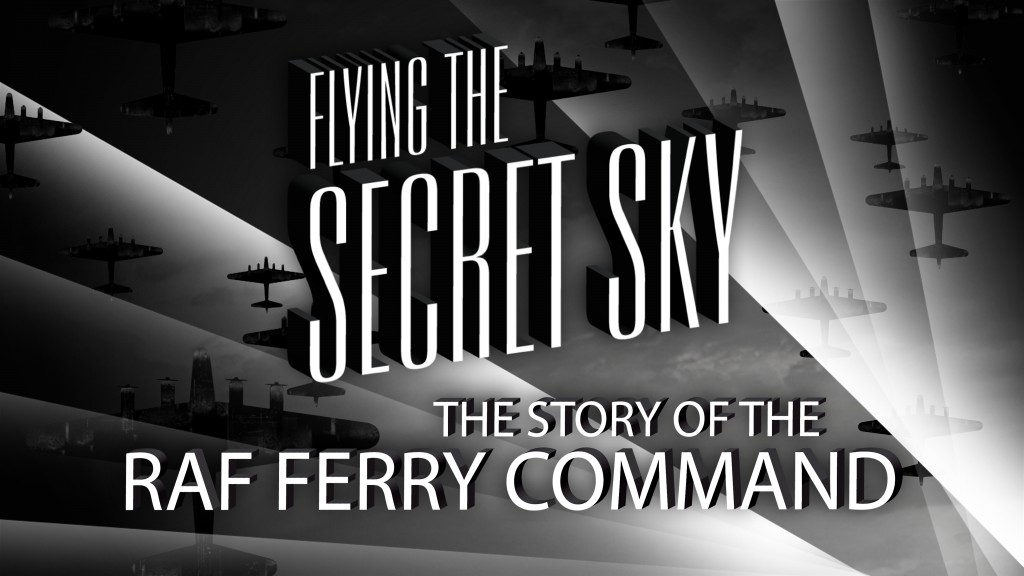 [This one-hour documentary aired on PBS and is distributed by WGBH-Boston, PBS International, and The National Geographic Channel.]

Flying the Secret Sky tells a story of passionate risk-taking, of young men braving dangerous flights in primitive conditions, in aircraft never built for the job.

These “cowboys of the air” are forgotten heroes of the air war, men who flew without guns and embodied an improvisational spirit that many historians agree was key to Allied victory. In all they delivered over 10,000 planes for the British war effort.

Flying the Secret Sky is told by the flyers themselves, including Air Commadore Taffey Powell, Kirk Kerkorian, and Bill VanDerKloot, the American pilot who flew Winston Churchill during the war. Included is never-before-seen home movie footage of Churchill flying in the American-built B-24 Liberator that safely delivered the him to vital war conferences and secret meetings.   Also included is rare footage of Ferry Command aircraft and crews from archives around the world, as well as modern reenactments and CGI. We have also secured footage from aviation museums and archives, including the Smithsonian Air and Space Museum.

Before the U.S. had even entered the War, American pilots comprised over half of the civilian pilots that flew the experimental Ferry Command routes.   Theirs is one of the great unknown stories of the war and of aviation history.  Their real-life stories remain untold, until now.

Check out the DVD

Here are some reviews of the film:

“This is a smashing documentary. Mesmerizing. The whole concept of pulling planes across the Canadian North Dakota border is stunning. Kerkorian in the ferry command? Who knew? And Americans and Canadians flying Churchill on that secret mission is fascinating. Great footage.

I hope the network will generate the publicity appropriate for a broadcast of this merit. Under any circumstance, the film is obviously a work of great passion and historic celebration. The man behind it has done history a favor.”

“I was moved to tears—and got a fair-sized lump-in-the-throat—during a screening of FLYING THE SECRET SKY. What a wonderful achievement! You captured—and I felt lifted by— the spirit of bravery, service and sacrifice those men showed in such difficult times. It’s the sort of film that should be mandatory viewing at home and in schools all across the country.

Besides respect and even adulation for the creative/production team, special kudos to the editor as well. Thank you for a marvelous testament.”  – wr

“As a baby-boomer, studying History in grade school was torture. Had I been exposed to films like Flying the Secret Sky, my attitude toward the study of History would have been quite different. Flying the Secret Sky is a testimony to the greatest generation, and America’s willingness in the 1940s to work and sacrifice personal well-being for the common good.”  – RHPD

“I found this a moving documentary on how war torn England managed to ferry US airplanes from Canada across the frozen North Atlantic ocean. At the time this trip was so dangerous the RAF refused to provide a pilot for a single test run. The stars were the only means of navigation but they were usually hidden by clouds and storms. The planes were constantly icing over plus radar didn’t exist, yet these (mostly American) civilian pilots managed to deliver over 10,000 planes to England despite the high odds of crashing. There’s nothing to dislike in this film. It’s filled with interviews of surviving pilots who touch your heart with stories of sacrifice and bravery. Like all true heroes they downplay their contributions, but make no mistake. What they did was heroic almost beyond measure, and like all who served in WW2, we owe them our freedom.”  – NGU

“I caught the film over the weekend, & thought it utterly superb! You did justice to a great, great subject. Your film took my breath away. On many levels, I was struck by your insight, your vision, and your story.

The fact that you were able to pay tribute to your father — a hero if ever there was one — makes this story an even more special one. And Kerkorian! My jaw dropped when I saw he was one of the ones piloting the planes!” -lt